Increasing an event’s appeal is the quickest way to increase interest, and hopefully number of participants. The average weekend disc golf tournament draws the kinds of people you would expect to see, disc golfers. Tournament popularity, size & stage aside, traditionally the only ones being exposed to disc golf this way are already disc golfers. Growing the sport is about garnering NEW interest, and players. Enter Dynamic Discs’ Disc Golf Experience at AT&T Stadium, and Pocono Raceway. 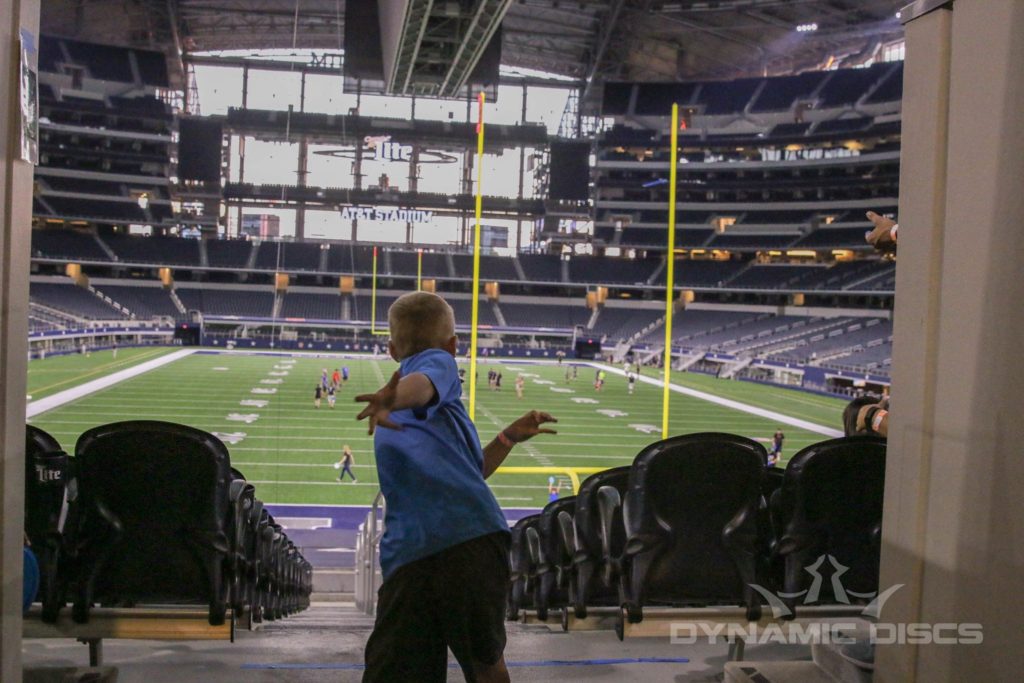 For the third straight year on July 23, 2016 Dynamic Discs hosted a disc golf tournament in the very stadium played in by the Dallas Cowboys. The experience was able to attract around 500 players, and about 15% of them were attending their very first disc golf action. Players had their names echoed through the stadium on the first hole, VIP packs included a guided tour, another self-guided tour, and a shot at parking a drive near the midfield star through the uprights from the stands. Regardless of your feelings toward the Cowboys franchise, that blue and grey star is absolutely iconic in the sport. How does this help grow the sport, I mean, it’s still a disc golf tournament? Good question. DD’s own Brian Lamoreaux spearheaded the event for the third, and final, time this year. For Brian, the potential for the event to grow the sport is obvious: “The simple fact that it’s so easy to grow the sport this way. Seeking out a target audience that are already fans of the stadium, and the team that plays there every football season lets us reach out to more people than a typical weekend event usually can if it’s ‘only a disc golf tournament’. Up the appeal, and you up the number of new players”. The 2016 experience marks the last time that the DGE will happen at AT&T Stadium, but current plans look to see a similar event at another venue. 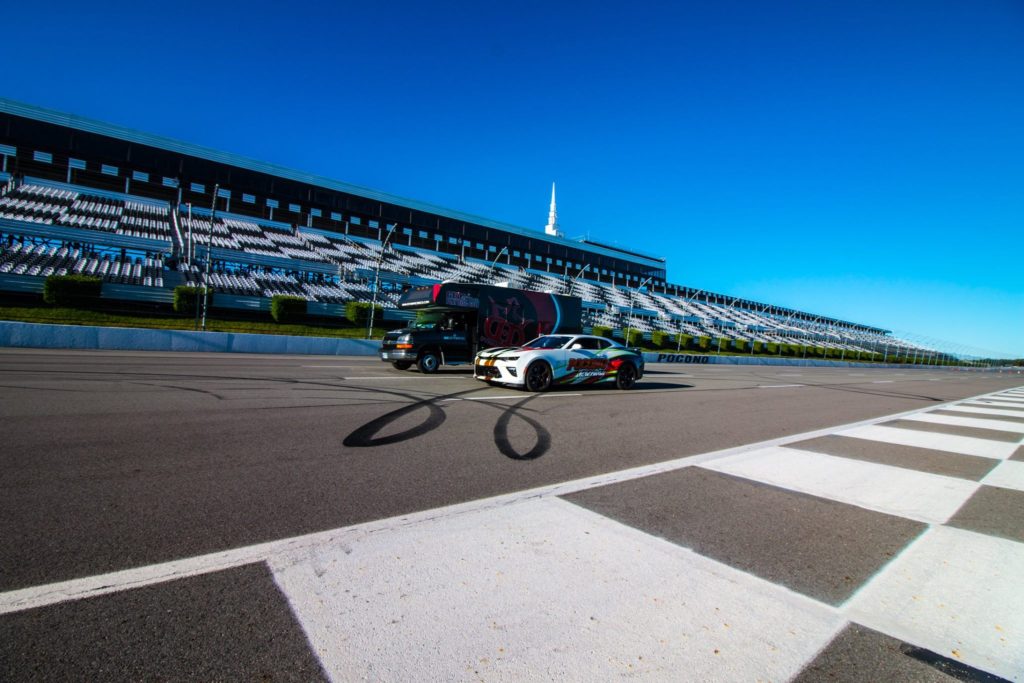 Mr. Disc Golf, Mike Solt, put together a similar DGE event September 25, 2016 at Pocono Raceway in Long Pond, PA. Pocono Raceway is home to the ‘tricky triangle’, and is host to both NASCAR races as well as INDYCAR races. The staff would be subject to another animal entirely on the 25th, disc golf. All tallied, there were 311 total participants in the Disc Golf Experience, and 120 of them were first timers. A basket was hoisted in Victory lane at the infamous Tricky Triangle. This grand finale hole began from the perch high above Nascar’s longest front stretch off the flagman’s tower. There was also a drag race between the DD RV, and the Pocono pace car. Pocono made for a unique working situation according to Mike: “Hosting an event at Pocono has always been in the back of my mind. The president of Pocono Raceway is a disc golfer, BRIAN IGDALSKY PDGA #25507, and he’s married to my best friend’s sister. He’s a very humble and down to earth guy, so working with him was great”. AT&T Stadium was host to a 9-hole course where Pocono held a full 18-hole course on its grounds. With this year’s interest, and the location, Mike also has some plans for Long Pond, PA: “There is a massive amount of real estate out here, so I’m looking forward to getting a chance at putting in a couple of full-length courses in the area at some point. This was a great way to gauge interest in that capacity”. For now the DGE at Pocono looks to come around next year, but for fear of saturating the area, evaluating the event after next year will determine whether or not it will be an annual event beyond that.

Growing disc golf takes on many forms. It can be a non-profit, volunteer based Beginner’s League. It can be teaming up with a local volunteer program, and being someone’s Big Brother or Big Sister for a weekend. It can also be about taking advantage of some opportunities that typical disc golfers will never have experienced, and hosting an event at locations usually designated for other sports. Not only is disc golf fun, but getting to play it where you normally would not; and to top it off, getting to throw shots from some of the most recognizable places in sports is a great way to grow DG. What can you take away from all of these? That disc golf is growing, but we are ever in need of assistance. What did YOU do to help grow the sport this year?